Winterfest 2019 – A Knight at the Museum

This year’s show was set at The Unquowa Museum, but what makes this museum so unique? The Unquowa Museum is not run by just any ordinary group, no this museum is run by the Royal Unquowa Family. They rule the museum by following the message of YORUMS (Ye Olde Royal Unquowa Mission Statement) and when a family of tourists visits the museum they soon learn that the exhibits are not what they appear to be. They quickly learn that the extraordinary YORUMS exhibit is the heart and soul of the museum and that it must remain in its special frame at all times. As long as it is in the frame, all beings at the museum are empowered to live with an unafraid spirit! But, what would happen if it was stolen? Would the museum turn to chaos? The show followed the Knight Guard on a most unusual museum tour with all the traditions of Unquowa’s Winterfest!

Everybody Wants to Be a Cat! 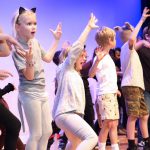 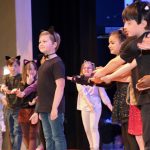 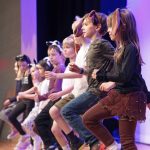 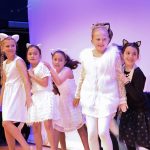 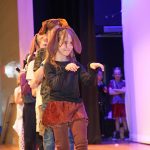 Inspired by the Upper School students, second and third graders were so excited to learn all about what it takes to put on a musical. We started with the music. Students had to use all of the music theory we have been learning all year to help them read and learn the music to their mini-musical. We added choreography and students were able to help with the creative process of choosing the right dance steps. Next, we learned all about the script and how to follow stage directions. After each child received their character, we talked about how an actor makes character decisions based on what is happening to their character both on and off stage. Soon it was time for blocking. This was the students favorite part – putting the show on its feet! The students decided on their own minimal costume pieces to help with their character. Then came joint rehearsals, and finally, the big day! The students did an amazing job on the stage and all looked right at home acting as their characters. Great job Aristocats cast!

Learning Choreography from a Broadway Veteran! 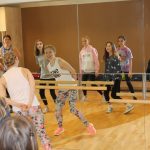 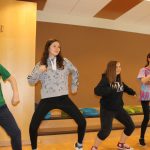 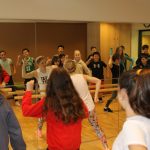 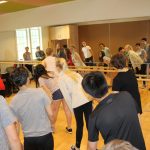 The Performing Arts Department had an exciting afternoon recently when Hayley Podschun, Broadway guest artist, visited 6th-8th grade classes and conducted Musical Theatre workshops with each grade. Students learned professional choreography from the Broadway production of “Hairspray” and had a Q & A with Hayley afterward. Using her experiences as a “triple threat” in Broadway, touring, and regional theatre (not to mention film/TV/voiceover work), she spoke about her favorite roles, lifestyle, and even gave tips on memorizing lines! It was a wonderful opportunity for our Unquowa actors, especially as they move forward in their own Musical Theatre unit!

Bringing the Story to Life 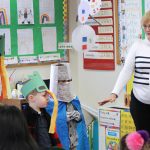 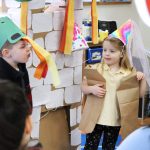 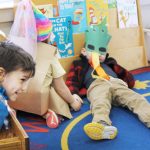 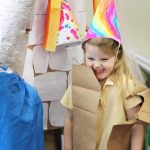 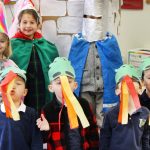 The Paper Bag Princess by Robert Munsch, was the kids’ favorite book to read during our castle unit. The class enjoyed it so much that we decided to bring the story to life by putting on a play. Students made their costumes and practiced their lines to prepare for their first performance, a dress rehearsal with the PreK-3 class as the audience. What good practice, for both classes! When the big day arrived to perform for their parents everyone was a feeling a little nervous, but once the play started those nerves subsided and the kids put on a wonderful show! The experience of performing in front of an audience was a real confidence builder for the class – bravo PreK-4!

Jazz in the Morning!

Jazz musicians are notorious night owls but the 7th grade instrumental class proved at assembly that morning is a great time to perform this uniquely American music! They played “St. James Infirmary” by Louis Armstrong and “Mr. P.C.” by John Coltrane. Saxophone, piano, bass, percussion and ukulele were the featured instruments and the group had the entire school feeling the groove!