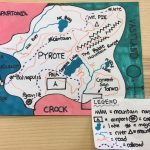 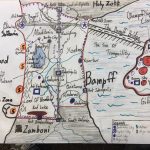 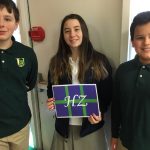 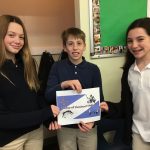 Our 7th-grade humanities class has studied the spectrum of foreign policy and how the geography and history of a country influences they way it interacts with other nations. In preparation for our unit covering Afghanistan and the complexity of the challenges facing the Middle East, our class participated in “Nations: A Simulation Game in International Politics.”

Similar to Model U.N., students represented one of the seven countries on the fictional continent of Lostralia. Provided with a unique history, social structure, religious beliefs, intelligence secrets, and objectives, students had to improve the previously set factor totals reflecting the strengths or weaknesses of each country (e.g., food stability, infrastructure, military power, etc.). Three students, a minister of press, a diplomat, and a head of state, represented each nation. Now, this sounds too complex for a group of seventh graders, right? Not for our scholarly students! They threw themselves into the game with all the vigor and exuberance we could have hoped for, creating flags, national anthems, detailed maps, even passports! Each country produced press releases that used persuasion techniques, including propaganda; they scheduled diplomatic meetings and negotiated trade and military defense treaties.

The game culminated with a world summit to debate issues regarding human rights, religious rights, and environmental protection. It was an inspiring moment, witnessing our students solve the problems of their world through diplomacy. Most impressively, despite the temptation to declare war, students diffused tension before it could escalate. Upon reflection, the students expressed how difficult it is for diplomats to walk the fine line between peace and war. While it was only a simulation, it is comforting to know that our students- if given the opportunity- are capable and eager to solve the world’s problems with diplomacy.