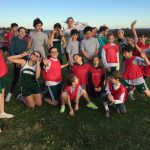 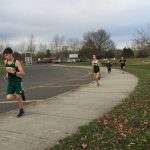 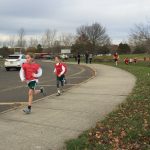 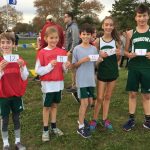 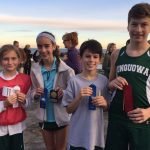 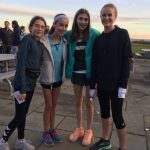 Fall 2018 was an amazing season with our 23 runners. They constantly improved and made an impact both individually and as a team. Best times was a recurring theme. At Waveny Park, Andrew took 6 minutes off his personal best. In every meet we had several top five finishers. At Merwin Meadows, eight runners placed in the top five. Over the course of the season, nearly half the team placed in the top five: Sophia, Elliott, Ivy, Michael, Bryan, Eden, Connor, Halie, Kelly and Ben. For the overall season standings, Sophia placed third among grade 5 girls, Connor placed first among grade 7 boys, Kelly placed first among grade 8 girls, and Ben placed second among grade 8 boys. Kelly won every single race, including her race at the championship meet this week. Each of our runners was fun to watch and they exhibited the character of support and sharing that makes a group a team. Congratulations to our runners on an amazing season! Go Cross Country! Go Gators!

← Bonfire Stories Sizzle and Spark! Weaving our identities together →