Charlie Over the Ocean! 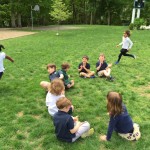 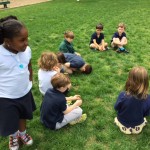 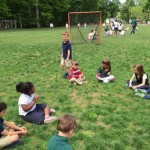 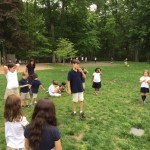 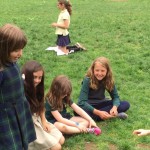 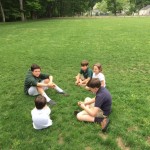 Kindergarten and fifth grade teamed up today for some music fun! The kindergarteners learned the game “Charlie Over the Ocean” where the student who was the leader had to sing the “call” to the “call and response” song as they traveled around the circle. When the song ended the leader picked someone to chase them around the circle! Then one of the kindergarten students had a great idea and made his own version of the song! They had so much fun and we decided to teach our game to the fifth graders and ask them to help us write more of these songs. The only guideline was that you had to follow the same rhyming scheme as the original. It was a blast and we came up with some great songs ← Math Olympiad Collecting Caterpillars In the Garden →