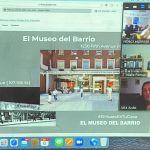 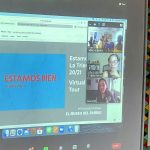 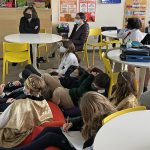 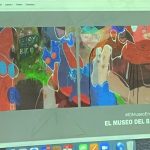 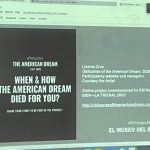 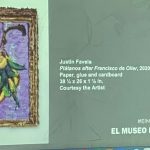 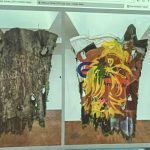 Students in 7th grade virtually enjoyed the Estamos Bien – La Trienal 20/21 exhibit at Museo del Barrio, which debuted in summer 2020. Students discovered the artistic landscape of Latinx, Caribbean, and Latin American cultures by experiencing virtual tours to unique creations. The 7th graders had the opportunity to interact and reflect on each creation.
According to the Museo El Barrio website, Estamos Bien – La Trienal 20/21 exhibit is the museum’s first national large-scale survey of Latinx contemporary art featuring more than 40 artists from the United States and Puerto Rico. The (S) Files exhibitions served as an inspiration and platform for emerging Latino and Latin American artists from the New York metropolitan region. The triennial borrows its title, Estamos Bien, from the artist Cándida Alvarez, a former member of El Museo’s curatorial team in the 1970s. “Her painting Estoy Bien (2017) takes its title from the resilient and obliquely sarcastic response to the aftermath of Hurricane Maria in Puerto Rico”. All the creations presented during the virtual tour addresses race and identity problematics, “gentrification and displacement, climate change, and the particular effects of the global pandemic on Latinx and other BIPOC populations” (www.elmuseo.org)

← A Visit to the Library During our Research! Floating with the Music →