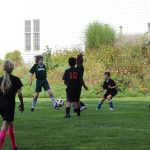 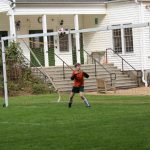 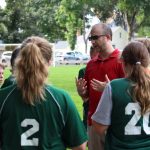 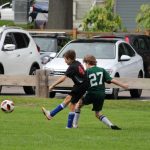 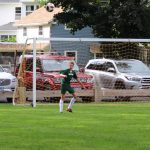 Our 7th & 8th grade, coed soccer team kicked off the 2018 season after two weeks of practicing. In our opening match, the team faced off against a fiesty Fraser Woods squad. After trading shots throughout the first half, we were knotted at 0-0. The second half turned in favor of Fraser Woods who grabbed three quick goals. Fortunately, this didn’t get our team out of it and we kept fighting. Two crossbar shots were the difference between a 3-3 game and where the final score ended which was 3-1. We look forward to getting on the winning track next week at Ridgefield Academy!

← Think-Pair-Share I Made a New Friend in Mandarin Class! →