We treated the Unquowa Community to a very musical assembly this week with performances from both first and fourth grade students!

The first graders have been practicing the songs “A Rig a Jig Jig” and “Gilly Good Morning” and the dances that go along with them. They were doing such a good job, we decided to show the school at assembly! Then the students decided they wanted to involve the audience in their performance. When we would usually turn to a partner to shake hands, students found a teacher, and then a parent to shake hands with. It was a nice way to start the day!

Fourth graders took the stage next to showcase a recent cross curricular project with music and Spanish. In music class, students were learning the basic dance steps to the Cumbia dance. Then, with the help of Señor Bartels learned the words to “Festival en Guarrare.” We then learned the melody to those words and put it all together to create a wonderful example of traditional Spanish music and dance at this week’s assembly! 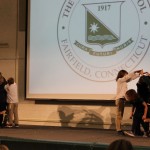 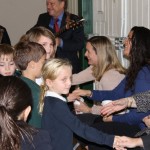 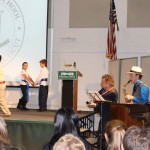 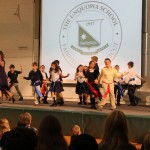 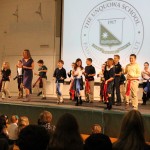